Kyla Brox‘s scintillating, multi-faceted new album, Pain & Glory marks her ascendancy to the very first rank of British singers.  The variety and depth of her vocal performances have grown year on year and are given a superb setting in this album’s sweeping landscape of soul, blues, urban R&B, blues-rock, and singer-songwriter pop of the highest class.

The collection opens with the joyous ‘For The Many’, replete with Stevie Wonder-style clavinet sounds from keyboardist John Ellis, and a politically progressive lyrical sentiment which is emblematic of Kyla’s generosity, humanity and proud optimism throughout this collection.

Highlights abound: the retro-soul, slow-burn balladry and melodic momentum of the title track; the jubilant R&B of ‘Choose Life’; ‘In The Morning’ is a swaggering, sensual blues shuffle; ‘Manchester Milan’, unfurls as a wistful, sophisticated meditation on a cosmopolitan affaire d’amour; Lover’s Lake has the gentle, inviting pulse of a Fleetwood Mac b-side; while the hot funk of ‘Let You Go’ flames with righteous Girl Power brio.

Secondly, classic-in-waiting, ‘Don’t Let Me Fall’ wields seriously radio-friendly soul-pop heft, as Kyla builds from a crooning start to an astonishing crescendo where she sings without the brakes on. It is a truly thrilling aural experience.

Such a treasure shines all the brighter in being supported by a superb team – Kyla’s brother, Sam Brox of Dust Junkys fame produces empathetically with help from Kyla herself and her husband, co-writer and bassist Danny Blomeley – it is indeed, a family affair. John Ellis (Honeyfeet, The Cinematic Orchestra, Lily Allen etc), plays keys with alchemical excellence; in-the-pocket drummer Mark Warburton is a master of economy; Paul Farr (Corinne Bailey Rae, Joss Stone, Tom Jones) is an enchantingly fluent guitarist; while the renowned Haggis Horns – proclaimed “the best horn section in the world” by Mark Ronson – create a further dimension to these already finely crafted, appealing songs with their mellifluous and punchy arrangements.

Throw Away Your Blues 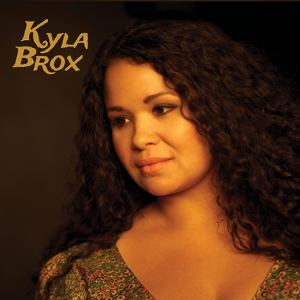 Throw Away Your Blues, their sixth studio album and first in seven years, teaches important lessons about the demands of the busy workday, the lack of time in the modern world, the pull of home vs the call of the road, and how to keep it real with good humour and lots of heart. With all the songs generated by Brox, Blomeley and guitarist Paul Farr, Throw Away Your Blues is warm, soul-stirring and life-affirming. Kyla Brox is a temptress, diva, tear provoker and indisputably the most consummate blues singer of her generation.

Recorded at the incredible Kisjes studio in Dalfsen, Netherlands. 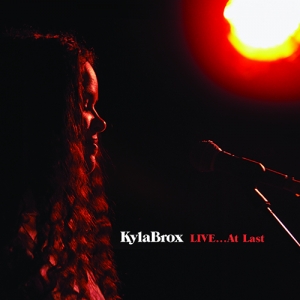 A faithful account of the live experience, Live At Last supersedes Live at Matt and Phred’s from 2006, effectively delivering twice as much (it’s a 2-CD set) with markedly improved fidelity. There’s a new maturity in the content of the songs (notably ‘Gone’ and ‘Grey Sky Blue’), although ‘Love Too Much’ shows that Kyla is still vulnerable to young hopes and ‘What’s Left On the Table’ reprises her role as a party animal.

The first disc is devoted to the Duo (Kyla and Danny) and Trio (add Tony Marshall), whilst the second disc captures Kyla in full pomp, tearing down the house at the 2012 Great British Rhythm and Blues Festival in Colne. ‘Ball and Chain’ is unbelievable, and the family patriarch, Victor, joins in for a romping ‘Wang Dang Doodle’.

The Duo performances form the heart of the set, however, as the impact of soul power is felt most at close quarters. Here there is space for restraint and beauty as well as exhilaration and passion. And there is also the thumb. Danny Blomeley’s digit is a phenomenon in itself, as it walks freely over the frets independent of the (strenuous) activity of his other fingers. A word too for Kyla’s flute. A rare instrument in blues music, Kyla’s flute is used here as an extension of arguably the best voice in the UK. 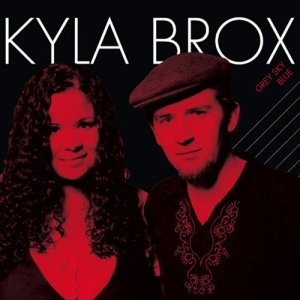 Kyla and Danny in a stripped-down duo setting. Goose-pimples are aroused on the first track, All Breaking Down, and then recur with uncommon frequency. Kyla’s torchy vocals and Clive Mellor’s harmonica on Since I Fell For You, the token blues standard, accentuate the four-in-the-morning feeling.

Elsewhere, the spartan, exquisite atmosphere is the pretext for a high level of creativity. Danny’s acoustic guitar is by turns gentle and unrestrained, always inventive, whilst Kyla has never sounded more alluring. The blues quota is satisfied with Get Ready and Shaken & Stirred, executed with ripe self-confidence, but songs like Kasbah and Like The Sky link directly back to that gorgeous first acoustic album, Window, but have the patina of experience (and, it must be admitted, superior technical resources).

Rest Assured is deeply felt, with a gravity that goes beyond the youthful ardour of Window. Feel My Pain is reprised with fingerpicking urgency. And here’s an answer song: “Remember when you said you’d be my sunshine / And I cried / Because I thought it would never be my time / Well I was wrong / You came through / And turned my grey sky blue.” Grey Sky Blue (the album) was recorded when Kyla was pregnant with Sadie. It has a valedictory quality, and is simultaneously a summation and a fresh start. 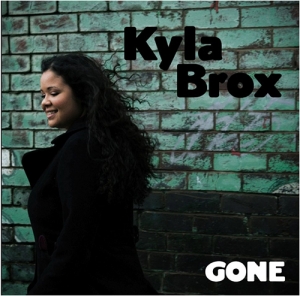 The first album entire of Brox/Blomeley originals, with the exception of a single Brox credit (more of that later). When guitarist Marshall Gill was recruited by New Model Army, the old band ceased to be. This is Kyla and Danny’s record, with band accompaniment on assorted tracks. Kyla was never averse to putting her feelings on show – that is her stock-in-trade as a soul singer – but in euphoric songs like This Is The Life, we’re now getting more of the inner life.

The depth of experience of the title song, a moving testament to loss, is new, while More Than Me proves how attractively Brox and Blomeley can write in the orthodox soul idiom. The stand-out cut, however, is the a cappella closer, You Said You’d Be My Sunshine, which is Brox sans Blomeley, and written in bitterness about a lover responsible for “five long years, no ring and no change.” The singer stirs up a maelstrom of passion that is beyond assuagement. It had the desired result. Shortly after the recording, Danny bought Kyla the ring. 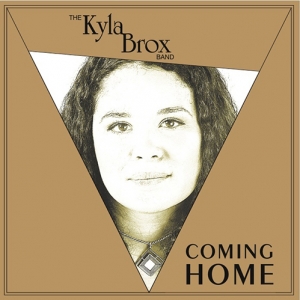 This realises the promise of Window by adding an extra ingredient: the groove. it’s a groove that comes from constant work with an active working band. Saxophonist Tony Marshall and Marshall Gill, a guitarist from the BB King school of searing sweetness, fulfil most of the solo honours.

Bassist Danny Blomeley and drummer Phil Considine are veterans of Victor’s ‘child slavery band’. And what a tight unit they are, personally and musically (groove triumphs over song on Won’t Fit There). Twelve out of the 14 selections are Kyla co-writes or originate from within the Brox circle (Victor is responsible for Working On Your Love; incidentally, brother Sam is producer).

Coming Home displays an empathetic Kyla, working out the work/life balance (She Knows) or her issues of self-doubt (Things I’d Change, Guilty), but also a tougher Kyla. This means that all the raunch is concentrated in one song, Do I Move You (a smouldering Nina Simone number), which actually intensifies the impact. The other cover, Don’t Change Horses, is a real find.

Rescued from the back-catalogue of seventies West Coast funksters Tower of Power, the song is a certified show-stopper, mixing real emotion (a plea for a second chance) with outrageous showmanship (“Giddy up, hi ho Silver…”).

And, with the Blomeley/Considine rhythm team piling on the coal, it builds up a fine head of steam. If Don’t Change Horses represents the zenith of the Kyla Brox Band, then Working On Your Love demonstrates the latent strength of the Kyla Brox Duo, with Kyla and Danny giving an object lesson in how less is more. 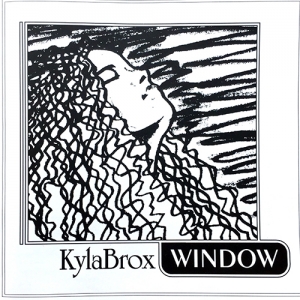